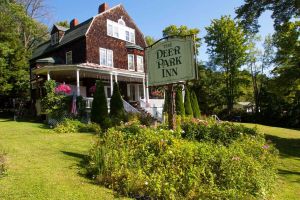 The town of Deer Park is home to The Deer Park Inn, which offers elegant dining and guest accommodations in the Pennington Cottage, a Victorian Mansion listed on the National Register of Historic Places. Visit for dinner by French-born Chef Pascal or enjoy an overnight stay.

Deer Park is also famous for being the original home and namesake of Deer Park Water. 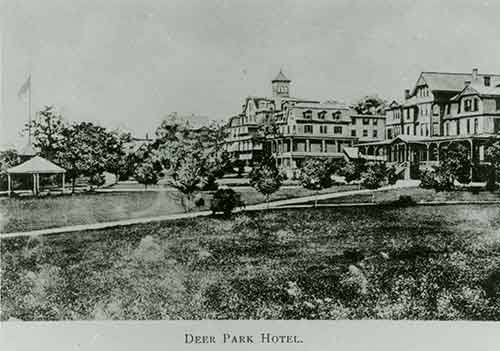 The town of Deer Park is also famous for being the original home and namesake of Deer Park Water, one of the oldest bottled water companies in America. Water from the spring, which gushes forth 150,000 gallons a day, has been bottled and sold as Deer Park spring water since 1873. Today, water marketed under the Deer Park brand is also drawn from Pennsylvania mountain springs.The Deer Park spring and the bottling operation were once owned by the Baltimore & Ohio Railroad. Bottles of Deer Park were served proudly in the dining cars. The original spring, which is not open to the public, was bought in 1993 by the Perrier Group of America. It now belongs to Nestle.

During the 1800s, this small town east of Oakland was a favorite resort for the wealthy and famous in teh Baltimore-Washington area. Just after the Civil War, the B&O railroad purchased several hundred acres of land about 200 miles west of Baltimore and built a four-story, Alpine-style luxury inn. The Deer Park Hotel opened on July 4, 1873. In the late 19th and early 20th centuries, people high-tailed it there by train and horse in the summer to what was once one of the fanciest resorts in the country. As its popularity grew, so did its size. Eventually there were 200 rooms and 10 cottages. Capacious suites offered baths and newfangled electric lights. Open from late June through September, the hotel offered bowling, billiards, a golf course, dinner dances, tennis, baseball, archery, trap shooting and more. A glass-roofed natatorium, featuring two huge indoor swimming pools, was built in 1887.

Sen. Henry Gassaway Davis of West Virginia, who built a cottage in Deer Park in the late 1860s, saw an entrepreneurial opportunity and constructed a handful of rental cottages on the hotel grounds. He sold those to the railroad, which built five more cottages on a nearby hill. One of the cottages was rented every summer by the multi-term mayor of Baltimore, Ferdinand C. Latrobe. Another was reserved by a wealthy St. Louis merchant who had Deer Park water shipped to his Missouri home year round. President Grover Cleveland and his new bride, Frances Folsom, honeymooned in another of the cottages after their White House wedding in June 1886. Col. Charles H. Heyl of Washington bought a cottage in 1906. It was sold in 1927 to an order of Washington nuns, who stayed in the house each summer and sewed altar cloths and vestments. Next door, Col. Addison A. Hosmer built a summer place. 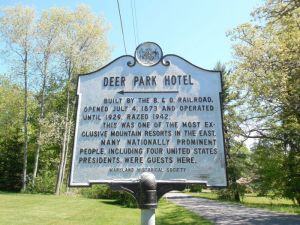 As the automobile gained momentum and train travel waned in popularity, Deer Park began to lose its luster. The stock market crash of 1929 helped which led to the hotel ceasing operations that year. While the hotel was razed in 1942, a marker commemorates its former site. 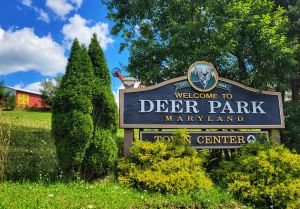 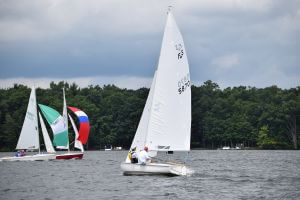 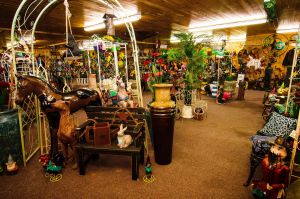 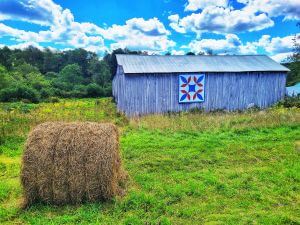 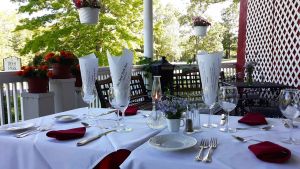 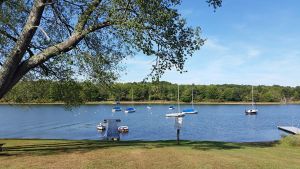 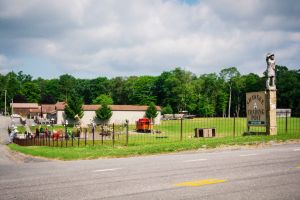 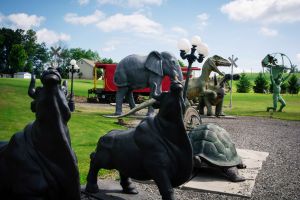 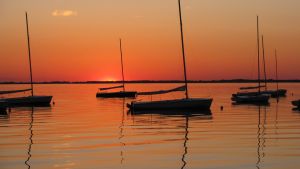 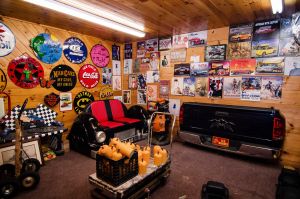 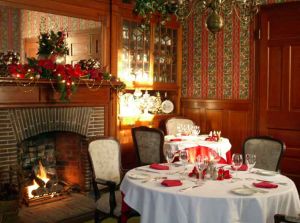 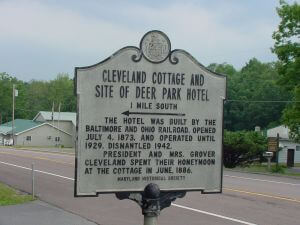 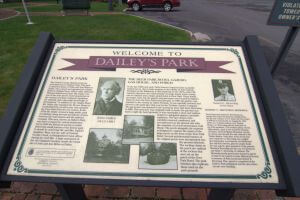